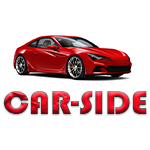 All used Renault Engines listed on Breakeryard.com are tested, original (OEM) manufacturer parts and come with a 14 day money back guarantee. Breakeryard.com list cheap new OES or aftermarket car parts at discounted prices and used OEM car parts up to 80% cheaper than main dealer prices for Renault from premium breaker yards from across the UK.

There are different types of complete engines so it is a good idea to make sure you know which type of Renault full complete engine you would like to buy. It is important to make sure that the type of complete engine you purchase is compatible with your car. Straight engines are a common type of complete engine and are lighter and more compact than other types of engine. Run with four cylinders which are all set in a straight line, this type of engine is usually the most economical to run and are generally cheaper to make than other types of engine. Another common complete engine type is a V Type engine. The V Type engine is usually used in high performance cars, such as racing cars offering high speed performance when needed. The length of the engine is shorter in a V Type and the cylinders are arranged at 90 degree angles from each other, differing to the straight cylinder arrangement in the straight engine. A boxer engine is usually fitted in the rear of the car, unlike most engines which are usually found under the bonnet. The boxer engine has two cylinder heads at opposite ends of the crankshaft. The boxer style engine has a low center of gravity so is stable and solid, and runs smoothly when the car is idling, but it is a lot wider than other engine types so can be tricky to fit into some small cars and also has a tendency to be noisier than other engine types. A diesel engine is different to other engine types in that it runs on diesel instead of petrol. Another major difference is a diesel engine doesn't need spark plugs because ignition of the engine happens by the fuel and air being compressed before it reaches the combustion chamber. A diesel engine is more fuel efficient than a petrol engine and tends to last much longer than other engine types.

You will be able to buy a new engine or you may wish to opt for a used complete full engine. Maybe one that has been salvaged from a car that has been in an accident or just an old car that is no longer on the road, or a used engine that has been rebuilt to ensure it is back to a good working condition, or, indeed, a complete engine that doesn't actually work which you can use for parts.