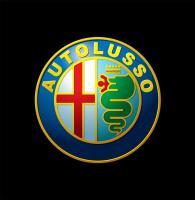 The fuel cut off unit is an important part of the fuel system in an internal combustion engine that functions to stop or cut off the flow of fuel when necessary under certain conditions. The car's ECU is constantly monortering a whole host of factors, using information supplied by various snesors, to ensure everything is running as it should be. If the ECU deems it necessary to stop the fuel to the engine because the condtions are not right, the fuel cut off unit will cut off the flow of fuel to the engine which helps to preventi detonation and damage to engine components.

In a fuel injected engine, the electric fuel pump/fuel injector injection pump operates with a fuel injection relay, and works by spraying a light, high pressured mist of fuel from injectors into the chambers of the engine, controlled by the computerised control unit, which manages the timing of this process. The fuel injection relay opens and closes the contacts that provide voltage to the fuel pump/fuel injectors. The injectors are fitted close to the inlet manifold, one for each cylinder, and are all calibrated (adjusted) to equally spray a mist of fuel into the intake of each cylinder in a sequence controlled electronically, for the sequential firing of the engine. If mechanical faults are detected or if there are unusual temperatures in the engine, upon instruction from the car's ECU, the electrical current to the solenoid on the fuel cut off unit will be stopped and the valves that allow fuel into the cylinders will close, preventing fuel from entering the engine.

There are many things that can go wrong in the fuel system, so it's a good idea to consult with your mechanic to establish the exact cause of the fault before buying replacement parts. Specifically designed for the make and model of your vehicle, the fuel cut off unit is the ideal choice when replacing this part, providing a component that will install well, perform properly and have a long service life.